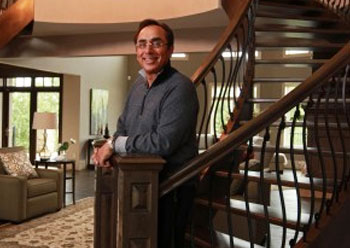 Talat Khan had an interesting journey from his native India via the city of Mombasa in Kenya to this country and Calgary, where he has enjoyed a successful business career since arriving in the 1980s and purchasing the former Airliner Hotel on McKnight Boulevard and Edmonton Trail.

He took his management training with the Oberoi Hotels and Resorts Group, which owns 23 luxury properties in five countries, and moved on to Hyatt International as a corporate executive working with hotels in India and Southeast Asia.

He continued his hospitality career after moving to Mombasa, then immigrated with his accountant wife Rita to Calgary and decided to launch his own business called Star International.

During his ownership of the Airliner, he upgraded it, put it under both Travelodge and Quality Inn flags and developed the site with a liquor store on the south parking lot and a strip shopping mall fronting onto McKnight Boulevard.

Khan also aggressively bought a number of apartment buildings which diversified his business into property management and then purchased a number of Second Cup locations.

His newest venture is in residential development, and he set about to look for prime city lots where he could build homes at the very top end of the market.

He purchased two of the most expensive lots in West Springbank's Grandview Park, which provide exceptional views overlooking the Elbow River Valley. Khan then teamed up with Maillot Homes, a third-generation Calgary firm that has been building custom homes here since 1954, to offer opulent old-world residences equipped with the sophistication of modern-day technology.

The first, The Mystique, is completed and it certainly is on a grand scale. Listed at $4.7 million, it provides more than 8,000 square feet of living space which includes an elaborate dual circular staircase in the front entry open to the large great room.

Sitting on a mature tree-lined two-acre parcel of land, the front door approach is between two garages with the same roof lines as the house.

Khan says the second house will offer 9,000 square feet and will be available within 14 months.

Calgary high-end homes are big projects, but Khan is also busy with other developments in Gurgaon, Northern India and in the Phoenix area of Arizona.

His success with Star International has allowed him to support charities in India, mostly with medical programs. They include the provision of supplies and education for 110 students at a school for the blind in Delhi. One of the students has been accepted into a university to further his studies in a bachelor of education program.